skip to main | skip to sidebar

A note on Easter: Contrary to popular belief,"manliness" is not defined by how big his truck is,how big its pipes are, how loud its pipes are,how many cars are in his garage or how much money is in his bank account. Anybody can play follow the leader.Real "men"are not afraid to go against the current, "He who wants to lead the orchestra must turn his back on the crowd".It takes guts and courage to do the right thing as opposed to the popular thing. Over 2000 years ago a man gave His life showing us the ultimate example of "manliness". He sacrificed his time for His Neighbors.He cherished children,He did not neglect or abuse them. He helped the outcasts and diseased.He humbled himslf instead of exalting Himself:"A man all wrapped up in himself makes a very small package." He was'nt afraid to cry. Ultimately He gave His life for others out of love.Yea,the definition of a "man" has kind of gotten distorted over the years but on this day,Easter lets not forget the example of He who for the love of His Neighbors stretched out His arms to show us how much He loved us and was nailed to a tree.
Posted by Adam C. at 4/14/2012 09:18:00 PM 1 comment: 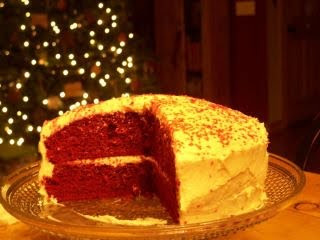 Away with the pumpkins,in with Christmas 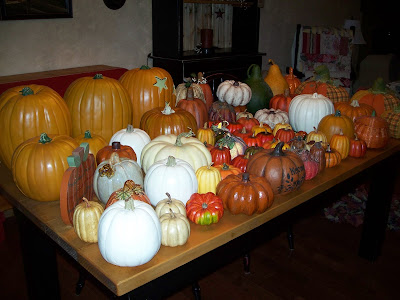 My wife took this pic of her pumpkin collection before she stragetically placed them in the house for the fall season,now she's preparing to put them all away to make room for Christmas.Too bad her day of decorating was foiled by a sprained ankle :-) oh well The tree will just have to wait!
Posted by Adam C. at 11/12/2011 11:57:00 AM 2 comments: 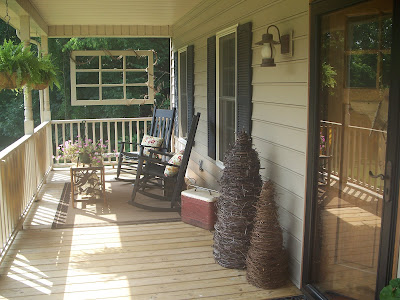 Well today was a wonderful,sunny,warm,Spring-like day, a much welcomed sight after a very cold and snowy winter. Yes I'm glad Spring is just around the corner! The wife and I sat on the back porch and enjoyed the afternoon. Looking foreward to starting some new yard projects.Looking foreward to enjoying the front porch this year as well....this pic is from last Summer.
Posted by Adam C. at 2/17/2011 08:44:00 PM 1 comment:

The Lord gave me the opportunity to share his Word today as I was asked to fill in for the minister at First Christian Church in Erwin,Tennessee. This is something that I have desired to do and have been praying about for a while. I talked about " Priorities".
Posted by Adam C. at 8/22/2010 04:14:00 PM No comments:

Spring is finally here. After a much "snowier" winter than recent years,the meltdown is a much welcomed visitor. I've been trying to finish up recent furniture orders so the wife and I can focus on flowers,remulching and installing french drains. Well,better go hit the sack.Spring pics comming soon! Take care all!
Posted by Adam C. at 3/28/2010 12:30:00 AM No comments:

Primitive furniture and accessories made to order! 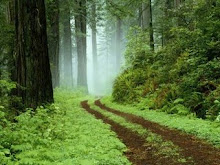